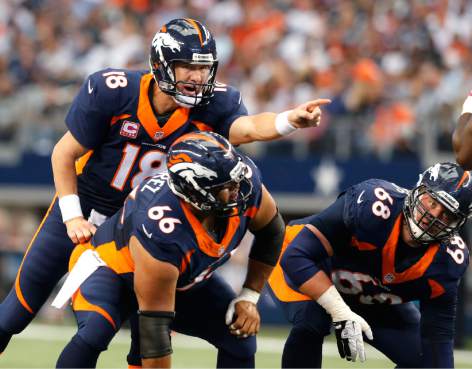 Peyton Manning and the Denver Broncos re-wrote the history books this year for the NFL. And they did it in spite of adversity: Von Miller being out half the season, Wes Welker having concussions, their head coach missing a month. It was not a walk in the park – they had to work for it. And it wasn’t always exciting – some of the games required them to just grind it out. They didn’t always win – but they did continually play at a high level. Peyton Manning didn’t do it by himself – every single person contributed to this remarkable season: Moreno rushing for over 1000 yards, 5 different players each having 10+ touchdowns, a record-setting field goal kicker – they all contributed. It was a team effort. And they had a coach, even though they are all professionals who know their jobs. That’s what it takes to be a champion. I don’t know yet if the Broncos will win the Super Bowl. But think about your business – if you broke every sales record you ever had, you’d consider it a pretty good year. Can you achieve those record numbers on your own, or are you more likely to hit those numbers if you are accountable to a coach or mentor? Peter Drucker once said, “The best way to predict the future is to create it.”

2014 is upon us. As we go into this new year, I challenge each of you to create the best year ever. A great start to the new year would be to look at your website and see if it needs a re-design (website re-designs are actually recommended about every 18 months). Another thing you can do is to hire a coach. When it comes to Internet marketing, I’d love to be the one to work with you, but even if I’m not, you should consider getting someone to help you. Remember, Peyton Manning has a coach. Maybe you should too. Plan for an incredible 2014, then go create it.

Wishing you the best for a profitable 2014!

Here is a screen capture of a wholesale site we just re-designed for Colorado Silver Star along with a new YouTube video (yours could be next!)