Have you ever wondered how long it takes to write a book? Or create an online training course?

People are often amazed when I tell them I did my last book in a week or my last training course in 3 weeks. But the truth is, i was able to do this because I had created a library of content that I could pull from over years of doing one simple thing: writing a blog post or creating a podcast episode each and every week.

When you commit to writing one simple article each week and sending it out to your customers and followers, you quickly build up enough content that you can fill a book in about six months to a year. Quite honestly, it’s not always easy. Some weeks I am so busy that it would simply be easier if I just skipped sending out a blog post (no one would notice if I just skipped a week, right?).

In fact, someone would notice, as I’ve been called out on it. But more importantly, I would notice. It’s a habit just like exercise and eating right. You have to make it a priority. Your articles don’t have to be long, but you do need to be consistent. Perhaps you need to “batch” your work so you are writing several articles at once and then scheduling when they are released. But you need to create the habit of making sure that you are feeding your followers with fresh content every week (that’s also how you grow a following). 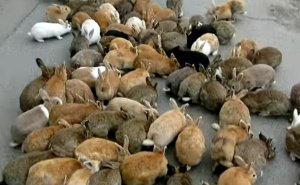 One of my favorite examples of being prolific is Warren Miller. Warren Miller was a ski bum who turned into a cinematographer. During his lifetime he made over 750 feature length sports films (mostly about skiing). That is not a typo: 750 movies. Even if his career was 75 years, that is over 10 movies per year!

Brazilian author Ryoki Inoue holds the Guinness World Record for being the most prolific author with 1,075 books published under many pseudonyms. Stephen King once said that he writes 2,000 words a day, which accounts for how quickly you see his books on shelves (and on the big screen). Records say that King has published 60 full-length works and over 200 short stories. Issac Asimov wrote or edited more than 500 books and hundreds of short stories. Louis L’Amour wrote more than 100 books that have sold more than 200 million copies.

Some of these people have written more than many people read in their entire lifetime. How do they do it? By consistently creating a little bit of content each week. No one sits down and writes a novel in a single sitting. But anyone can write 500 words a week.

Irving Berlin published 1,500 songs during his lifetime. Mozart wrote in the neighborhood of 650 songs. Paul McCartney has written 200+ songs with most becoming chart topping singles. That’s a wide range in numbers, yet all can be considered very prolific.

Dolly Parton has composed over 5,000 songs throughout her career! Perhaps it takes less to compose a song that to produce a movie or write a book, but that’s like one song a week for her lifetime. If she can write a song a week, could you write an article (blog post) once per week? What about once a month? Imagine if you had a POD business and you created one new design each week and told your customers about it via an email. At the end of just one year, you’d have 52 products that were uniquely yours.

I recently did a website for a client who teaches people how to ride bikes, both young and old. Writing a blog post about some aspect of biking, from maintenance to tips and tricks to gear suggestions is something she could easily do and send out to her followers via email and social media posts. In six months, she would have enough content to compile it all into a book.

I know this to be the case, because I have authored several books this way. And I have enough content to put out several more. Being prolific isn’t hard, it just takes a commitment to being consistent. Carve out 20 minutes per week to generating content and see how much impact it has on your business a year from now. You’ll be glad you did.