Amazon gets ripped by NY Times 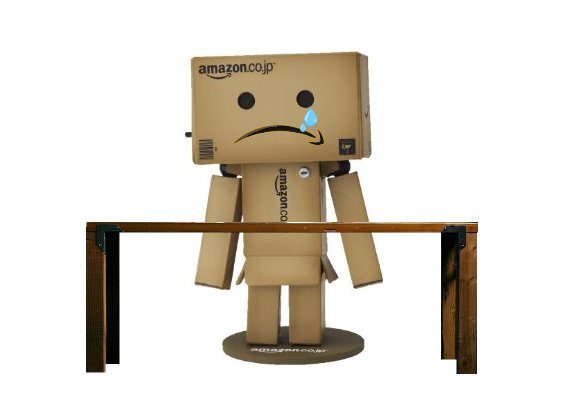 Once again, Amazon is in the news. If you’ve read my book, “Amazon’s Dirty Little Secrets“, you know that Jeff Bezos is a master at getting publicity, whether it is good or bad. Certainly when a company is in the public eye as much as Amazon is, you can’t expect that all the press will be glowing. In my follow-up book, “What Would Jeff Do?“, there is a quote that says, “When the PR is good, don’t believe it; and when it’s the opposite way, don’t believe that either.”

In the article by the NY Times, Amazon is portrayed as a hard-core, lifeless culture that drives employees to tears just so Bezos can grow the company. Here is the article: http://www.nytimes.com/2015/08/16/technology/inside-amazon-wrestling-big-ideas-in-a-bruising-workplace.html. Is it true? Is this really Amazon’s Dirty Little Secret? By now you know that I’m a big fan of Jeff Bezos and the entire Amazon way of doing business. But I also used to be a fan of Lance Armstrong, whose “win at all costs” attitude exposed him not only as a ruthless competitor, but as a cheater. And now this article comes out about one of my business idols with quotes like “Nearly every person I worked with, I saw cry at their desk.”

Jeff Bezos and a number of his staff have defended Amazon, saying the story simply isn’t so. In fact, Nick Ciubotariu, Amazon’s head of infrastructure development, responded on LinkedIn, defending his company against accusations that he claims are blatantly false. As a supporter of Amazon, I would choose to believe this Amazon employee over that of the Times trying to get readership, but it doesn’t really matter which side I choose to believe. What matters is that Amazon has once again made headlines – they are getting other people to talk about them, which not only generates more publicity, but more sales.

This isn’t the first time Amazon has gotten negative publicity. Last year we had a big uproar about Amazon strong-arming the Hachette publishing group. In recent years Amazon has faced criticism about its working conditions in its warehouses. This article isn’t new, just more fuel on the fire. Which clearly shows that Amazon is not perfect. So why do I continue to advocate that you mimic them?

Here’s the thing: I do not work for Amazon and never have. I have not met Jeff Bezos personally. But I have called the company, emailed the company, and done extensive research for my books. I have studied their marketing techniques and realize what works and what doesn’t work when it comes to online sales. My guess is that Amazon will become a better place to work as a result of the article.

The article talks about data-driven management, which is a huge strength of Amazon’s. I just spent this morning talking with a colleague about a client’s site addressing how their traffic needs to use data-driven decisions. They are spending over $1000 per month on Google Adwords, without knowing if those ads are effective – you can bet that Amazon does not run their business like this. I am fairly certain after having done my research for my books that Amazon is a hard-core place to work, which is one of the reasons they do so well in the highly-competitive world of online sales. Their obsession with the customer means that employees, and suppliers are not their primary concern – the customer is. And I remain a fan. As CNN reported, Amazon is America’s Best Company – Says Who? – You!

This article, and the responses, were actually very timely, as they broke right when I was having a book launch party for my latest book (What Would Jeff Do?). We even had a pinata of Jeff Bezos and people making jokes about bashing him. 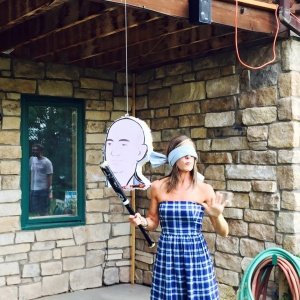 To accompany the book launch, I also created an ebook, “Crack Open the Secrets to Amazon’s Success: One Dozen Tips to Running an Online Business like Amazon”. This book is a short, must-read for every online business owner that really wants to use the same marketing principles as Amazon. Claim your free copy here.


And yes, success leaves clues, so I still recommend seeing what things Amazon is doing right and how you can apply those to your business – who knows, maybe you’ll start to get as much press as they do.