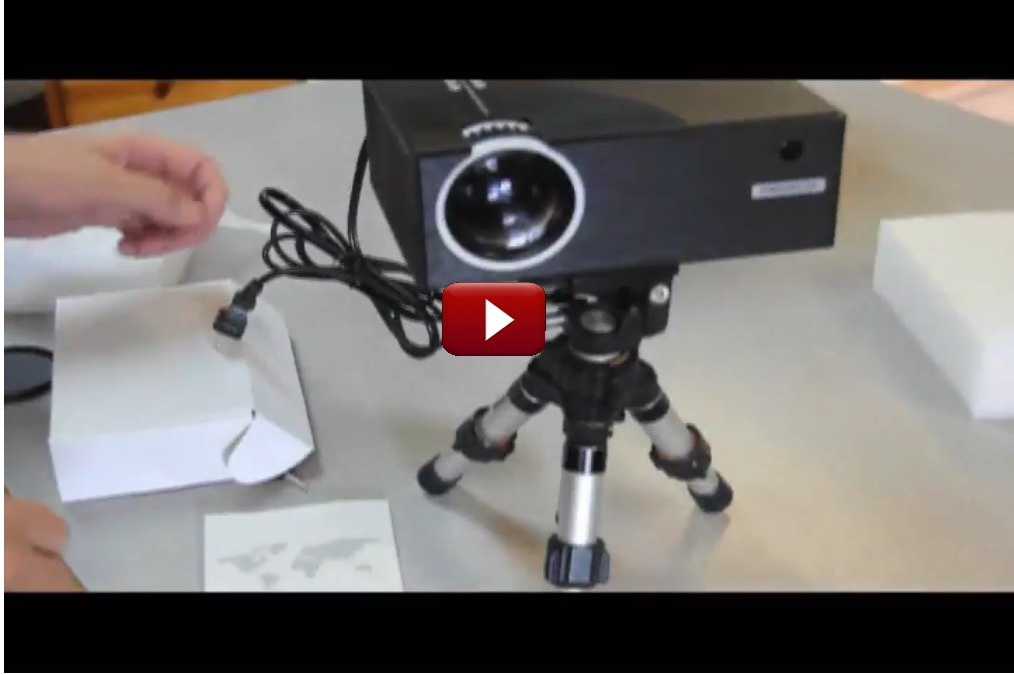 This post was originally published on my scouting website, cyberbase Trading Post, but the information in this is relevant to many small business owners, so I decided to replicate it in its entirety here for your use.

As a scoutmaster, I never let the boys in my troop bring any kind of electronics with them on a campout. The idea was to get out and enjoy and learn about the outdoors, not play video games or electronic chat with friends who weren’t out camping with them. so when I was asked to review a video projector that could be used for “camping” I thought, “Really?” I’ll be honest, I still don’t think watching videos has a place on a campout. And the Pravette C7 projector I was given to test doesn’t really lend itself to camping as I know it. This projector is small and lightweight, and works best in total darkness, which is probably why the manufacturer says it is good for camping. But, it requires electricity to run it (there is no battery), which means you are in an RV lot at best. That said, there are some good reasons to consider getting one of these, even for outdoor use, such as in your backyard. Let me explain. 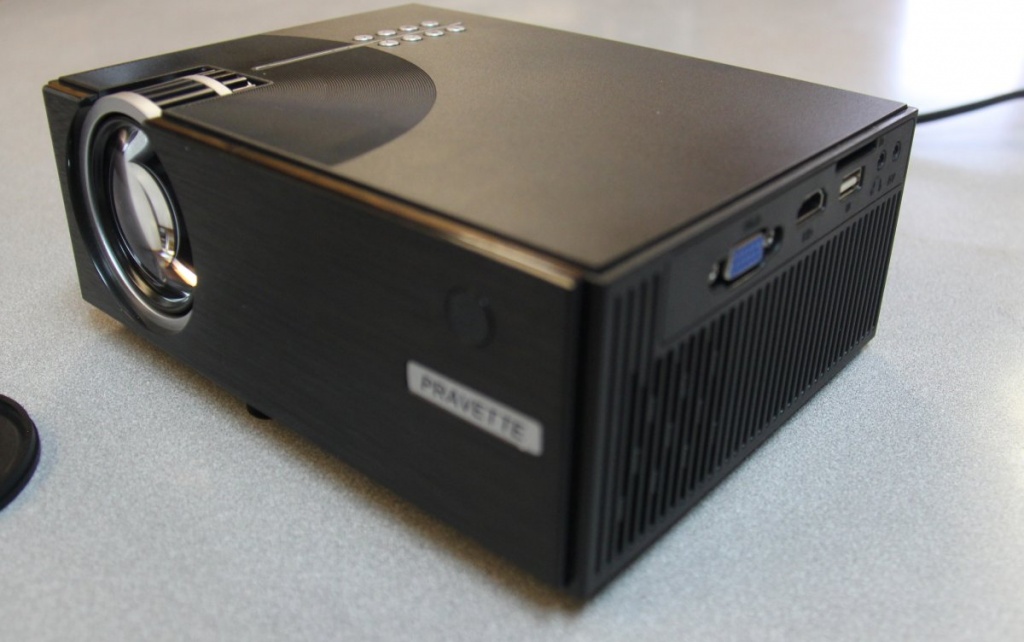 Video can be a great learning tool. There are portions of leadership training that use videos to show situations. A couple of times a year, our troop might have a movie night. Of course, having a projector can be useful when making a presentation. And if you want to show photos from recent outings at a family night, the USB input can be useful. The Pravette C7 will work well for any of these situations. As a video projector in a dark setting, it works well. It does have built-in speakers which sound OK, but if you have a larger group, there is a jack for external speakers as well. Input sources include VGA, USB, SD card, or HDMI. No cables for HDMI or VGA are provided. The native resolution of the unit is only 800 x 480, but when you attach an HDMI cable it is capable of displaying at 1080 resolution. Here is an example of a still image with small text, which you can see is still legible. 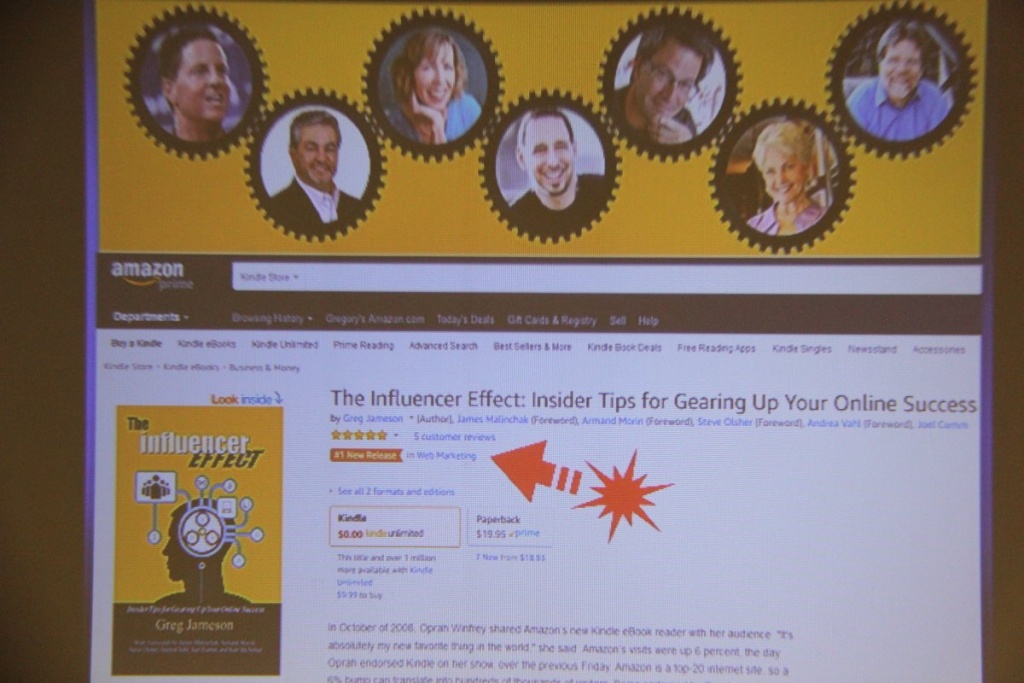 Brightness is the biggest concern among small projectors. There are three factors to look at when considering a projector: Lumens, Contrast Ratio, and bulb life. The problem is that in spite of published numbers, none of these seem to be comparible from one manufacturer to the next. In other words, the only real way to determine if a projector is bright enough to fit your needs is to try it. The reason is that most manufacturers make up the lumens number, rather than using ANSI lumens, which is the only real quantifiable number. For reference, a standard 60 watt incandescent bulb emits about 840 ANSI lumens. If a manufacturer says that a projector emits 3200 lumens, this number is often 10x what the real ANSI lumen number is. Some manufacturers market their products as +50% lumens instead of using the arbitrary “overseas lumens”. What does that mea? 50% more than the previous model? Who knows…But, I must commend Pravette. They don’t use either of these arbitrary terms (percentage or overseas lumens). However, they also don’t specify what the true ANSI lumen rating is either. So, I compared it to some other projectors I have and tested it in both a lit room and a dark room. You can see the results in the video review below.

The other factors playing into the performance of the bulb are contrast ratio and life of the bulb. Both of these are respectable for the Pravette C7, with a contrast ratio of 1200:1 and a stated bulb life of 50,000 hours. At a price tag of less than $100, one would simply replace the projector, not the bulb, at the end of the life cycle.

A couple of other things about this projector that are worth noting, and this tends to be true of all mini projectors: There is no zoom feature. The size of the image is solely dependent on the distance of the projector to the screen. If you want a larger image, move the projector back. That of course has the potential to dilute the amount of light hitting the screen. Typical distance to image sizes are (approximately):

If you are planning on using this outdoors, you may want to get a portable screen designed for outdoor use, such as this one: https://amzn.to/2MZqXky.

If you enjoyed this review, you can find this projector at https://amzn.to/2vVFFmq. Personally, I like this projector and plan on using it myself for my presentations, both to scout groups and professionally.

Disclosure: I received the projector at a discount in exchange for an honest review. The link proved above is an affiliate link, meaning that if you decide to buy one after clicking on this link, I will receive a small commission, at no extra charge to you. I hope you found this review helpful!