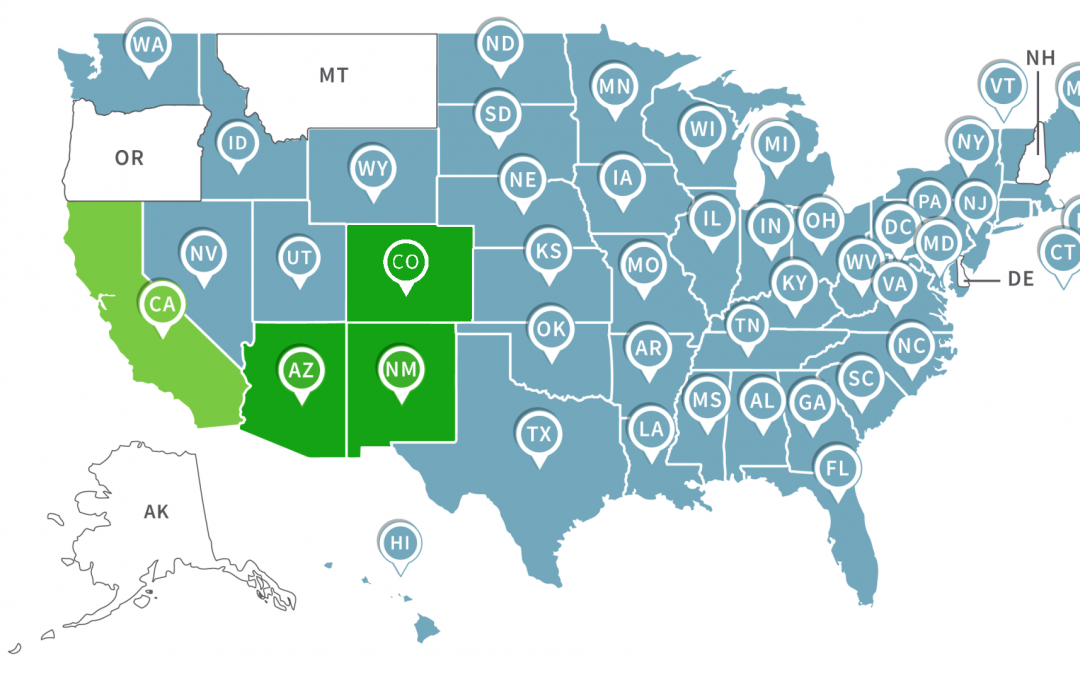 I just got an email from B&H Photo stating that they would now be collecting sales tax in Colorado. Sadly, this is not because they are opening a store here (I love their New York store!), but instead because of a new tax law. The email stated, “All reputable retailers are complying with the new laws and collecting sales tax.”

Sales tax has long applied to brick and mortar business in the United States, but eCommerce businesses have been operating largely tax-free outside their home state. The new ruling overturns a decision made in 1992 that said businesses were exempt from sales tax unless they had a substantial connection to the particular state they operated in. This has opened the door for states to tax sales for businesses that do not have a presence in their state.

“Tax collection at the point of sale eases the process for our residents and creates a level playing field for Colorado businesses, as out-of-state retailers will be required to collect state sales tax, just as in-state retailers do today,” Colorado Department of Revenue Executive Director Michael Hartman said in the release.

Per the Supreme court’s ruling, “there is a small-seller exception for retailers whose in state sales of products do not exceed $100,000 or 200 transactions annually.” Wholesale orders are not taxed, only orders being shipped directly to consumers.

Per the Supreme court's ruling, there is a small-seller exception for retailers whose in state sales of products do not exceed $100,000 or 200 transactions annually. Click To Tweet

“The [Colorado Department of Revenue] will ensure fair, efficient and transparent implementation of this decision,” Hartman said. “We will pave the least burdensome road possible for businesses to comply with these regulations.”

“Out-of-state retailers were not required to collect sales tax on sales prior to the registration deadline,” the release said. Visit Colorado.gov/tax/sales-tax-changes  to register for a sales tax license if you plan on selling online into Colorado going forward.

The best way to manage this retail nightmare is to utilize WooCommerce as your shopping cart platform and install JetPack.  With JetPack,  it’s possible to enable automated tax calculations. With automated taxes enabled, you won’t need to set up any tax rates manually — it will be taken care of for you!

This is not just an issue if you sell more than $100,000 or have 200 transactions in Colorado. It is an issue you must address for every state as they adopt legislation to take advantage of the tax ruling. Detailed information about which states require taxes and how to collect tax can be found in this article: https://woocommerce.com/posts/sales-tax-rate-guide/.  How to properly collect sales tax is of course only one of the many things you will learn in my new online course that is set for a January release. Make sure you are on the list by signing up for my free class at:

Other states that have recently enacted sales tax legislation based on the supreme court ruling include Washington state, Minnesota, and Alabama. A comprehensive listing can be found in a chart at: https://www.salestaxinstitute.com/resources/remote-seller-nexus-chart. The column “economic-nexus” gives you an idea of what states are now requiring you to collect sales tax on internet orders.